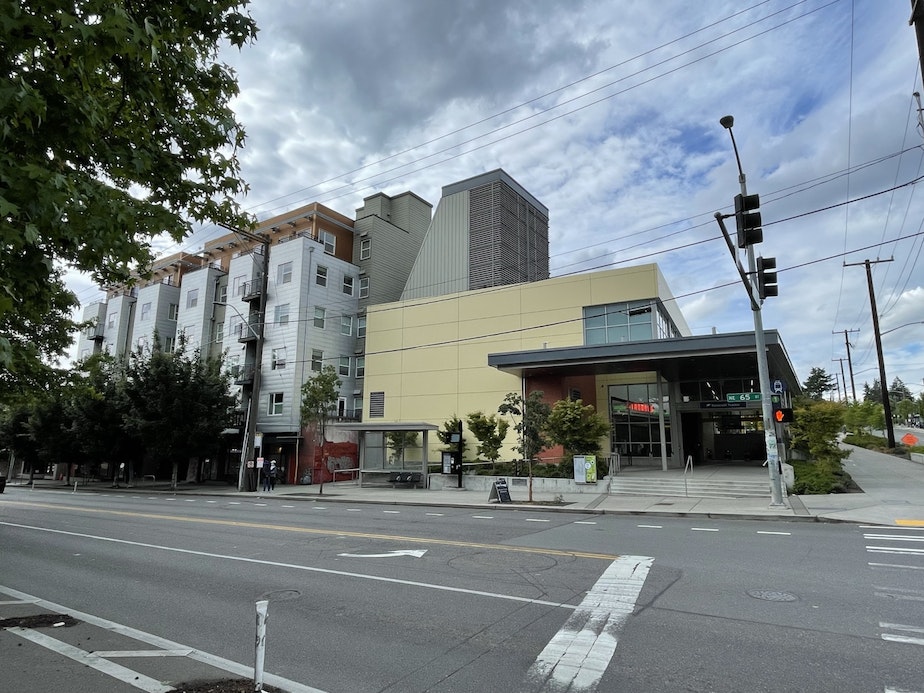 The City of Seattle is planning for more growth and it wants your input.

Should the city keep funneling newcomers into dense neighborhoods known as “urban villages” — or should it spread density out across more parts of the city, including neighborhoods dominated by older homes?

Seattle doesn’t get to choose whether it grows or not. Companies keep adding jobs, which means more people will come.

But the city can plan for where it puts those new arrivals. In fact, it has to, according to Washington state’s Growth Management Act.

Seattle has somewhere around three-quarters of a million people right now. Despite a slowdown in growth during the pandemic, it’s expecting to add another quarter million — about the population of Spokane — by the year 2044. That would bring the population of Seattle to one million.

Right now, most of the new homes being built in Seattle are in “urban villages.” They feature dense clusters of apartment buildings clustered around good transit and townhomes in the splash zones on their peripheries.

Imagine a chocolate chip cookie, where the chocolate chips are the city’s dense areas. The chocolate gets a lot of attention. But in reality, most of the cookie is dough. Similarly, 75% of Seattle’s buildable land is dominated by single family homes.

But limiting growth to these two dozen or so clusters, while largely protecting the remaining neighborhoods from most kinds of development, has contributed to runaway housing costs.

So, the city’s considering five alternatives, as it works on updating its comprehensive plan.

We ran the options by members of the public in the Roosevelt Urban Village on Wednesday afternoon.

The first alternative is to do nothing: Keep channeling growth into the two dozen or so urban villages we have now.

That strategy isn’t really working for many people in Seattle. Because so little of the city’s land is available for housing, there’s fierce competition for homes even in dense urban villages, which drives up rents.

Gabriel Paul lives in a basement apartment in Lake City (another urban village) with three roomates. They each pay $965.

“I’m seeing so many apartments everywhere, but man, there’s nothing cheap here,” he said. “Even a studio is like almost $2,000. So I guess, everybody’s gonna move in, and next thing you know, they’re gonna move out and be on the street.”

And he’s right. At the bottom of the economic ladder, the scarcity of homes has pushed a lot of people into homelessness.

Doing nothing would continue this trend, where homes built here lag behind the jobs created here.

The next option is to create more urban villages. Some could be smaller, built around pocket commercial districts hidden in residential neighborhoods.

How about a new urban village in the Interbay area? After all, there is going to be a whole new neighborhood there soon, after the National Guard abandons its 25-acre plot between the Magnolia Bridge and the Interbay strip mall and relocates to North Bend.

Caroline Stewart is moving to Interbay. She’d like to see an urban village there.

“I think it’s really important to build up in this city – especially because of the water and the mountains,” Stewart said. “We have limited land resources, so I would say just building up and making multifamily condomiums and things like that would be really helpful in decreasing the cost of living and the cost of renting.”

Option 3: Spread it out

The third option spreads the chocolate much more broadly across the city, more of a brownie with chocolate chips than a cookie. We still have the old urban villages, but new growth is spread throughout the whole city.

This option focuses on the strategy that most upsets the status quo. It would mean allowing triplexes and fourplexes into neighborhoods currently dominated by single-family homes.

These protected neighborhoods cover three-quarters of the city’s buildable land. “Granny Flats” and “Backyard Cottages” are permitted there, but little else.

This is appealing to Banu Koelmeyer. Right now, she lives in the Roosevelt Urban Village, but she longs to live in a quieter neighborhood.

What she likes about those neighborhoods is how easy it is to get to know your neighbors.

Her perspective reminds us that when we protect existing low-density neighborhoods from almost all development, that puts them out of reach of people like her, who would like to live there but cannot afford the homes.

If those neighborhoods were opened up to townhomes, maybe she wouldn’t have to flee to the suburbs to find a quiet community she can afford.

The fourth option is to string out new density along arterials, where you have good transit. It’s important that density be close to transit because many of these homes don’t have parking spaces.

So instead of clusters of density, we’d have a web of density, like a marbleized chocolate chip cookie.

The last option is the “all of the above” cookie, which includes parts of all four strategies. It’s the most appealing option for Brice Stuhr, of Greenlake.

His reason might seem counterintuitive at first. But he says allowing some growth everywhere will help reduce the pace of change.

“I think if they did multiple things — if they allowed you to build low-rise apartments in places, as well if they kind of beefed up the nodes, or expand them as they’ve been doing, or add new ones, or build along arterials — it would take pressure off the smaller neighborhoods from growing as well,” Stuhr explained. “I think that concentrating it in any one spot is going to add pressure to that spot. And the question is where do you want to add pressure to, and I personally want to add as little pressure on individual neighborhoods as possible, and so I just want to put pressure on the entire city.”

Right now, the City of Seattle is asking: Are these the right options we should be exploring? Or are there options we’re missing?

Should some of these ideas go further?

For example, should the city open up single-family neighborhoods not just to four-plexes, but to six-plexes, as the state Legislature considered doing in the last session? That proposal died in the Legislature. But the increase in population will continue regardless, putting pressure on all levels of government. State law requires governments to produce realistic plans, in response to realistic growth expectations. But in practice, it’s hard to pull that off.

Some state legislators want to compel cities to make some of the changes, because it can be hard for mayors to publicly support density changes, when a lot of residents don’t want their neighborhoods to change.

Even though choosing not to change is also a choice — that has well-documented negative consequences.

Seattle wants your input now on the scope of the options it’s considering, as part of an early step in its analysis — as it begins work on a comprehensive plan that will publish in 2024 and help plan for growth through 2044 (though the city will update it again in 2034).

Later, after city officials analyze these growth options in depth, they will ask for public comment again — on which of the options members of the public prefer.

You can give your input here:

How to Build a Home in Elder Scrolls V: Skyrim

How to Develop Residence Equity in Your House

15 hours ago Marilyn
We use cookies on our website to give you the most relevant experience by remembering your preferences and repeat visits. By clicking “Accept All”, you consent to the use of ALL the cookies. However, you may visit "Cookie Settings" to provide a controlled consent.
Cookie SettingsAccept All
Manage consent